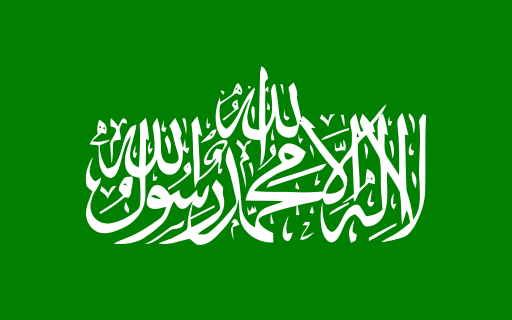 The east Jerusalem neighborhood of Sheikh Jarrah has become the latest flashpoint in the Arab–Israeli conflict, sparking the very tension that Hamas seeks to exploit for its own political advantage.

Several Palestinian-Arab families living in Sheikh Jarrah face eviction from homes following a ruling from Jerusalem’s District Court. In anticipation of a Supreme Court hearing of an appeal of the ruling, Palestinian Arabs have rioted nightly in Sheikh Jarrah, joining violent Palestinian-Arab attacks related to the Ramadan holy month, and culminating in violent eruptions across the city, including at some of Jerusalem’s holiest sites.

Meanwhile, Hamas has capitalized on the unrest by launching some 1,000 rockets toward Israel, with at least seven targeting the capital city, in the hopes of killing Jews and inciting further violence.

Since Sheikh Jarrah is emerging as the battle cry of the Palestinian-Arab violence, it is worth discussing why the supposed “scandal” isn’t really a scandal at all.

For starters, the title to the land never belonged to the Palestinian Arabs currently residing on the property. There is nothing pernicious happening beyond a standard landlord eviction of non-paying tenants. But you wouldn’t know that based on the current media coverage and outcry on the progressive left.

For instance, Representative Alexandria Ocasio-Cortez (D., N.Y.) penned a tweet labeling the evictions “inhumane” and stating she stood in “solidarity” with the Palestinian families being evicted from “their homes.” Senator Bernie Sanders (D., Vt.) demanded that the evictions be halted, while Senator Elizabeth Warren (D., Mass.) labeled the evictions “abhorrent and unacceptable,” asserting, “The Administration should make clear to the Israeli government that these evictions are illegal and must stop immediately.” Some progressives are even arguing to condition aid to Israel over the Sheikh Jarrah issue, suggesting that U.S. aid to Israel is being used to oppress Palestinian Arabs. In turn, the Biden administration has also expressed concerns over the evictions, albeit far less forcefully.

There is intellectual laziness, and then there is shameless misinformation. All of the above falls into the latter category.

A recent report by Avi Bell from the Jerusalem-based Kohelet Policy Forum highlights the depth of the dishonesty currently being peddled by both the media and the progressive Left. Jordan illegally occupied Judea and Samaria, as well as east Jerusalem, following Israel’s War of Independence in 1948. At the time, it was nearly unanimously maintained that neither Jordan nor Egypt, another occupying power, had a legal claim to the captured lands.

In 1949, the specific properties at issue were sequestered under the Jordanian Custodian of Enemy Property. On a broader scale, during Jordan’s nearly two-decade occupation, Jews were killed or ethnically cleansed from the captured lands and not permitted to exercise any property rights over the land.

Bell notes that, following the Six-Day War in 1967 in which Israel terminated the Jordanian occupation, the Knesset passed a law that allowed any person of any ethnicity to have his or her property rights vindicated. Where the Jordanian Custodian of Enemy Property had granted title to sequestered properties, their property rights remained intact; where the Jordanian Custodian had held on to the sequestered properties, they were returned to the owners via the Israeli Administrator General and Official Receiver.

The land in question here was sequestered land that eventually was returned to its lawful Jewish owners following an end to Jordanian occupation. Ironically, as pointed out by Bell, had the Jordanians granted title of the land to Palestinian Arabs (rather than sequestering it), the Israelis would have respected the title.

Given that the land in question belongs to Israeli Jews, it is utterly remarkable that those advocating a halt to the evictions do so on the basis that Jewish property rights ought not to be recognized. Where have we heard this familiar trope before?

Furthermore, as noted by Bell, this is a normal instance of landlords asserting their property rights over tenants whose leases have expired or who refuse to pay their rent, both of which apply to the current Palestinian-Arab tenants who are facing eviction. The State of Israel has not seized the land from the Palestinian Arabs — the judicial system has simply reached a verdict on the lawfulness of tenants staying beyond their lease (with some refusing to pay their rent), as any landlord-tenant court would.

When it comes to Israel, the international progressive Left, along with those in the media, relish any opportunity to mislead by omitting key facts that, if known, would paint a starkly different picture. Unsurprisingly, the more typical reality is one in which Israel is acting in accordance with both domestic and international law and its adversaries are not.

The dispute also offers an uncomfortable reminder for many on the left that Jews are indigenous to the region and are not, in fact, “occupiers” or “settlers.” They did not magically arrive in 1948 after World War II — many of them have been living in the region for centuries. But it seems many would rather fall on the sword of the narrative than actually promulgate the truth. Sheikh Jarrah is no exception.

Erielle Davidson is a senior policy analyst at JINSA’s Gemunder Center for Defense and Strategy.