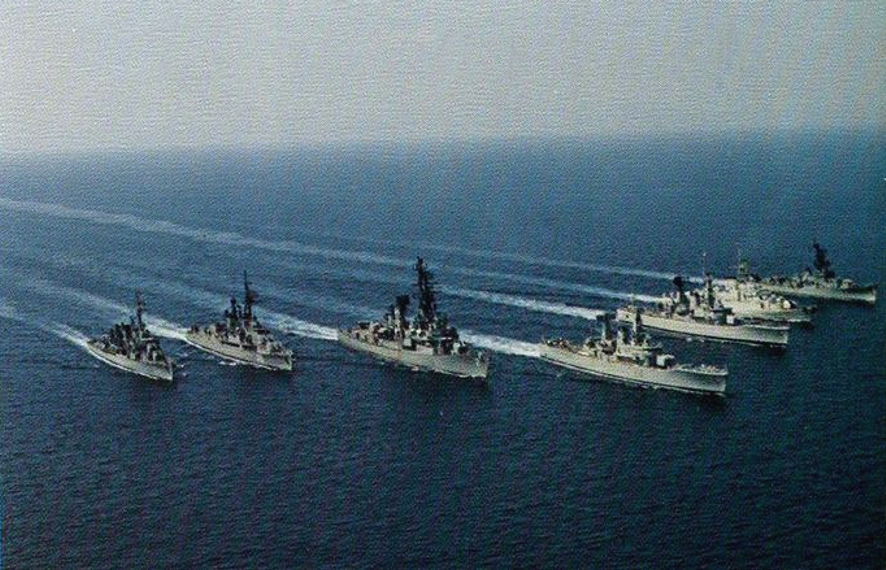 One day after Greece seized Iranian oil at the end of May, Iran detained two Greek-flagged tankers in the Persian Gulf. Any doubt as to why vanished when Iran’s Ayatollah Ali Khamenei claimed “They steal Iranian oil off the Greek coast … we took it back.”

This highlights the challenges and urgency of stronger enforcement of Iran sanctions, especially with U.S. attention concentrated on Ukraine. It also points to the necessity for a more comprehensive and credible U.S. policy and pressure campaign to effectively counter and prevent Iranian aggression.

On May 26, 2022, it was reported that Greece, at the request of U.S. and European authorities, had seized the crude oil cargo of an Iranian-flagged tanker, the Lana. The ship was reportedly sailing in the Mediterranean since at least September 2021 in search of a buyer for the over 100,000 tons of Iranian crude oil in its cargo, constituting a violation of sanctions against Iran that went unchallenged for over eight months.

The ship’s recent history demonstrates the challenging deceptions that America and its partners face to enforce sanctions. The Lana was named the Pegas before March 1 and flew a Russian flag until May 1, when it changed to an Iranian flag. Greece first temporarily detained the Lana on April 15 under suspicion it was violating EU sanctions against Russia. After Greek authorities ordered the ship’s release, it sailed in the Mediterranean until Greece detained the ship again, this time over alleged debts to another shipping company. Though Greece planned to transfer the Iranian oil to the United States, it released the Lana and its cargo on June 14 after a Greek court order, resulting in another setback to preventing Iranian oil sales.

The strange case of the Lana is remarkable for what it reveals about Iranian sanctions evasion. The Lana’s failed search to offload its cargo indicates that European buyers are adhering to U.S. sanctions on Iranian oil even as Russia’s invasion of Ukraine exacerbates global supply issues. Still, that it spent eight months sailing suggests that efforts to interrupt Iranian oil shipments are limited, at best.

In response, Iran did what it always does when facing limited, merely economic pressure—it ramped up its own counterpressure. On May 27, Iran seized two Greek-flagged oil tankers in Persian Gulf waters, the Delta Poseidon and Prudent Warrior. The former was reportedly carrying U.S.-bound cargo from Iraq, including thousands of barrels of oil worth over $100 million, while the latter was traveling from Iraq to Greece.

This demonstrates how, whenever the United States has responded to Iranian malign activity with sanctions alone, or even limited use of force, Tehran sees a green light to escalate.

So far, Iran’s counterpressure strategy has largely succeeded. While President Joe Biden ordered airstrikes in Syria in February 2021 and again in Syria and Iraq in June 2021, in retaliation for attacks on U.S. personnel, Iranian-backed Shia militias further escalated shortly afterward with no U.S. follow-up. This is not surprising, as decades of U.S. interactions with Iran show that only when Tehran perceives a threat of military action in response to each attack can its leadership be compelled to abandon regional aggression.

What the United States urgently needs and has lacked is a comprehensive Plan B strategy, where the administration declares a “Biden Doctrine.” This strategy should state that the United States will use all elements of national power, including rigorous sanctions enforcement and military force, to defend vital interests in the Middle East, with the highest priority being preventing a nuclear Iran. U.S. naval forces should emphasize interdicting illicit Iranian oil shipments and prepare for the inevitable Iranian counterpressure at sea by strengthening maritime domain awareness and cooperation among America’s partners through joint training and planning. The U.S. Fifth Fleet should also continue to conduct patrols in the Arabian Gulf and freedom of navigation operations alongside regional partners to ensure safe passage through international waterways. The expansion of initiatives with unmanned systems, like the Fifth Fleet’s Task Force 59, would enable the United States to surveil and protect a broader range of the maritime domain.

Iran’s latest actions demand a new U.S. approach. The United States and its partners must act quickly and decisively to prevent Iranian aggression like its latest retaliatory seizure of oil tankers, or its destabilizing escalations will continue.

Retired Vice Adm. Herman Shelanski served as the U.S. Navy’s naval inspector general and was a participant in the Jewish Institute for National Security of America’s (JINSA) 2019 Generals and Admirals Program. Ari Cicurel and Andrew Ghalili are senior policy analysts at JINSA.