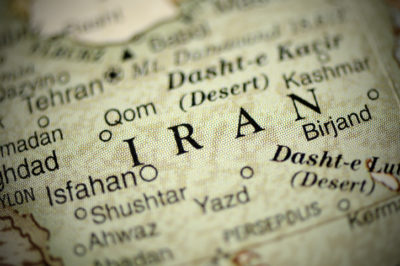 Andrew Ghalili
and
Naveed Mohebbi and

Last week, the Islamic Republic executed Mohsen Shekari and Majidreza Rahnavard, two twenty-three-year-old Iranians, for their role in the ongoing revolutionary movement in Iran. Though Shekari and Rahnavard are the first Iranians known to be executed in connection with recent widespread protests, unless the international community steps up and takes immediate, tangible action against the Islamic Republic regime, they will not be the last.

These death sentences, just like so many before, are an attempt by the oppressive Islamic regime to intimidate the Iranian people and signal them that continued protests will come at a hefty cost. The Islamic Republic executes Iranians so brutally to remind them that they are still living under the thumb of a regime that can and will sentence them to death arbitrarily. The regime also aims to test the international community. As long as the world continues to “watch“ Iranians suffer without taking substantial action, Ayatollah Khamenei and his thugs will be encouraged to commit further violence.

Contrary to the regime’s initial expectations, the uprising in Iranian streets has persisted throughout the country and is now reaching its third month. Though it was once true that the regime’s playbook for brutally cracking down on protests, which included mass arrests, torturing people into forced confessions, and performing some executions, was able to scare people into going home, things are different this time. Shekari’s execution, like the rest of the regime’s brutal tactics, has already backfired, as people have again rushed to the streets.

The regime is well aware that this revolutionary movement is targeting the very existence of the Islamic Republic, and weak attempts at appeasement, such as the so-called “abolition” of the morality police, will not quell the unrest. The movement has proven itself to be steadfast against the regime’s typical, brutal intimidation tactics, such as unprecedented mass arrests, blinding protestors with birdshot, and medieval torture-murder methods used on some of those arrested.

According to Amnesty International, Iranian authorities are seeking the death penalty for at least twenty-one people in sham trials designed to repress this popular uprising further. This sheer inhumanity has not only failed to scare Iranians into staying home and ending the protests but has also launched the movement into the strike phase. While this is a battle that must be fought and won by the Iranian people, that does not mean the world should stand by as Iranians pay for this freedom with their lives and their children’s lives. The United States must take decisive action to stop further executions.

This decisive action would have to go beyond the resolutions and statements of condemnation that the regime has grown numb to in the last four decades. It would have to go beyond the initial tranches of sanctions brought against the morality police and various military leaders since September of this year. Specifically, it must aim to impose tangible economic and political costs on the regime and its leaders.

The United States should start by sanctioning Supreme Leader Ali Khamenei’s office under Executive Order 13553 and the Magnitsky Act. These sanctions must target the regime’s revenue, notably its sale of one million barrels of oil per day. Coordination with European nations and other G7 allies to implement multilateral sanctions targeting Khamenei, similar to the actions taken against Vladimir Putin, would effectively send the message to the supreme leader himself that his brutality will not go unanswered.

Additionally, the United States should call on its European partners who maintain diplomatic ties with Iran to cut those ties and expel Iranian diplomats as the Islamic Republic’s human rights abuses continue.

Although cutting off diplomatic lines may appear counterintuitive, it would undoubtedly cause the Islamic Republic regime, which deeply values its diplomatic presence in Europe as a source of global legitimacy and as its gateway to the outside world, to reassess its actions. European nations set a precedent for this when many of them expelled Iranian diplomats following the assassinations of Iranian dissidents in Berlin.

Furthermore, the United States needs to improve its messaging to the people of Iran.

This messaging must go beyond the vague, general statements issued thus far by figures like State Department spokesperson Ned Price and should spotlight and amplify specific cases of human rights violations. It’s also imperative for the Iranian people to hear President Joe Biden reiterate U.S. support for the Iranian people.

If decisive action is not taken, the Islamic Republic regime may resort to the more brutal measures in its playbook, measures the government has previously deployed in its most desperate times. For example, in 1988, under the immediate direction of Ayatollah Khomeini, the Islamic Republic executed at least 5,000 prisoners over two weeks. The regime performed these executions outside the legal system and held no fair trials for those accused. The regime has repeatedly proven it is capable of these kinds of atrocities—the lives of countless Iranians are at stake if the world does not take decisive action.

There are signs that a similar event may occur with arrested protestors in the coming days. For example, the hardline cleric Ahmad Khatami recently called for “rioters to be dealt with in a way that ensures these riots will never happen again.” Two days later, 227 members of the Iranian parliament called on the judiciary to sentence arrested “rioters” to death.

The United States and other members of the international community have the power to stop this from happening again. If the proper steps are not taken to ensure this does not occur, the Islamic Republic regime’s execution machine will no doubt take the lives of many more young Iranians.

Navid Mohebbi is a former political prisoner in Iran and Advocacy Director at National Union for Democracy in Iran (NUFDI).

Andrew Ghalili is a Senior Policy Analyst at the Jewish Institute for National Security of America (JINSA).