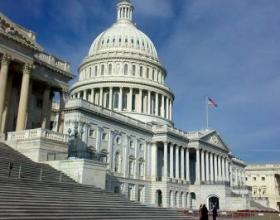 It’s a common tactic in Washington for administrations to bury news on a Friday or before a holiday, when presumably few are paying attention. Such is the case with the State Department’s announcement last week of Jamie Rubin as special envoy and coordinator for the Global Engagement Center and Joe Kennedy III as special envoy to Northern Ireland.

While these individuals may be well-qualified for their posts, it’s curious that the administration announced these appointments right before a provision in the FY2022 National Defense Authorization Act kicks into effect on Jan. 3, requiring special envoys reporting to the Secretary of State to be confirmed by the Senate…

Morgan Lorraine Viña is vice president, government affairs, for the Jewish Institute for National Security of America (JINSA). Gabriel Noronha is a fellow with JINSA’s Gemunder Center for Defense and Strategy and previously served as the Special Advisor for Iran at the Department of State.