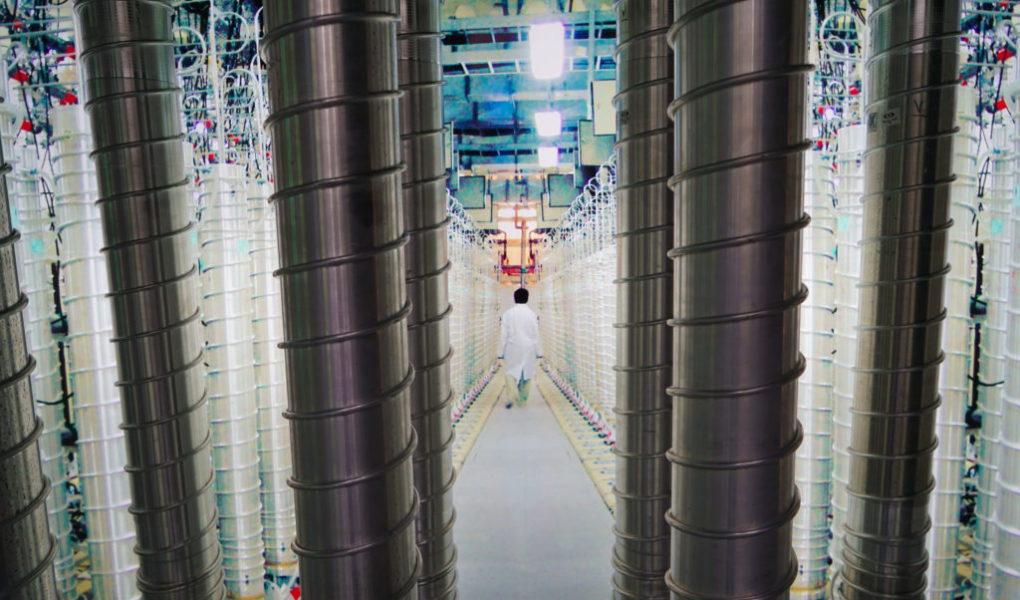 Perhaps for the first time, an Israeli government is unified in its determination to prevent a nuclear Iran at all costs, presenting a truly credible military threat.

The last time there might have been a credible US military threat against Iran’s nuclear program was in 2003, when Iran paused elements of its nuclear program fearing America would attack after invading Iraq.

The last time there was a credible Israeli military threat against Iran’s nuclear facilities was probably in 2012, when Prime Minister Benjamin Netanyahu threatened and considered striking. But he held off as the Obama administration publicly undermined the threat, there was dissension within the security cabinet and the Israeli security establishment opposed it.

The United States again undermined a credible Israeli military option — and pressure on Iran — when an anonymous senior Obama official in 2014 taunted Netanyahu as a “chickenshit” with “no guts” who missed his chance to attack. President Barack Obama’s 2015 nuclear deal further undercut the chances for an Israeli strike. President Donald Trump’s 2018 withdrawal from that disastrous deal and staunch support for Israel offered a reset, but Israel wasn’t prepared, nor the United States, as Iran escalated its nuclear program. President Joe Biden’s determination to revise the nuclear deal further sidelined any military pressure.

In 2021, Israel’s new right-left government headed by Naftali Bennett and Yair Lapid threatened Iran and significantly upgraded Israeli military capabilities to back it up. But the coalition was weak, bound together only by antipathy to Netanyahu; it included a religious Muslim party, two far-left Zionist parties and a defense minister in Benny Gantz perceived as not hawkish on Iran and lacked a parliamentary majority. The political ingredients for military action against Iran were not there.Enter now the new government sworn in Dec. 29, headed by Netanyahu. His coalition has 64 out of 120 Knesset seats, one of the largest majorities in recent years. Its leaders form a solid wall of Iran hawks, including Defense Minister Yoav Galant, Mossad Director David Barnea, national security adviser Tzachi Hanegbi — who recently predicted Netanyahu “will act” to “destroy the nuclear facilities in Iran” — and Minister of Strategic Affairs Ron Dermer, Netanyahu’s closest aide and a recent colleague of mine, who firmly believes Israel’s top priority must be preventing a nuclear Iran.

One unknown will be an actor outside the government: the Israel Defense Forces. It will be headed next week by the soft-spoken, brilliant Maj. Gen. Herzi Halevi. While several senior IDF officials have indicated they could use more time to prepare for an attack, retiring Chief of General Staff Lt. Gen. Aviv Kochavi, who has publicly and privately made clear the unacceptability of a nuclear Iran, recently declared that if the IDF is ordered to act against the Iranian nuclear program, “it will fulfill the mission that is given.”

The Netanyahu government can be expected to press its tough Iran stance more aggressively and publicly than its predecessor, including by engaging Congress more, especially with Republicans now controlling the House of Representatives. It will likely push the United States and Europeans to support a snapback of United Nations sanctions on Iran given Tehran’s continued nuclear escalation. It will almost certainly seek expedited delivery of approved US weapons that could maximize the effectiveness of an Israeli strike, such as KC-46 aerial refueling tankers. US agreement would add further welcome pressure on the brutal Tehran regime.

Netanyahu’s government will work hard, in public and private, to ensure the United States doesn’t resume nuclear talks with Iran or conclude another disastrous deal. That might seem unlikely now given Tehran’s continued brutal clampdown on anti-regime protests and its arming Russia with lethal drones being fired at Ukraine. The Biden team, however, refuses to rule it out and remains keen to conclude a nuclear deal, which would strengthen Tehran and pave the way to a nuclear Iran.

And it could soon be necessary. Zohar Palti, a former senior Israeli defense and Mossad official who proudly opposed a military strike on Iran’s nuclear facilities a decade ago, recently sounded the alarm. Iran, he warned, is “days or weeks away from enriching uranium to 90 percent, which is military-grade.” He added, regarding a possible strike, “I am not implying that Israel is capable, I am saying it is.”

One can’t predict if or when Israel will feel compelled to conduct a military strike against Iran’s nuclear facilities but — barring the Tehran regime’s collapse — its new government seems most uniquely geared to execute it. America should begin to prepare and work closely with Israel to ensure it is most successful if it chooses this course of action.

Michael Makovsky, a former Pentagon official, is president and CEO of the Jewish Institute for National Security of America.