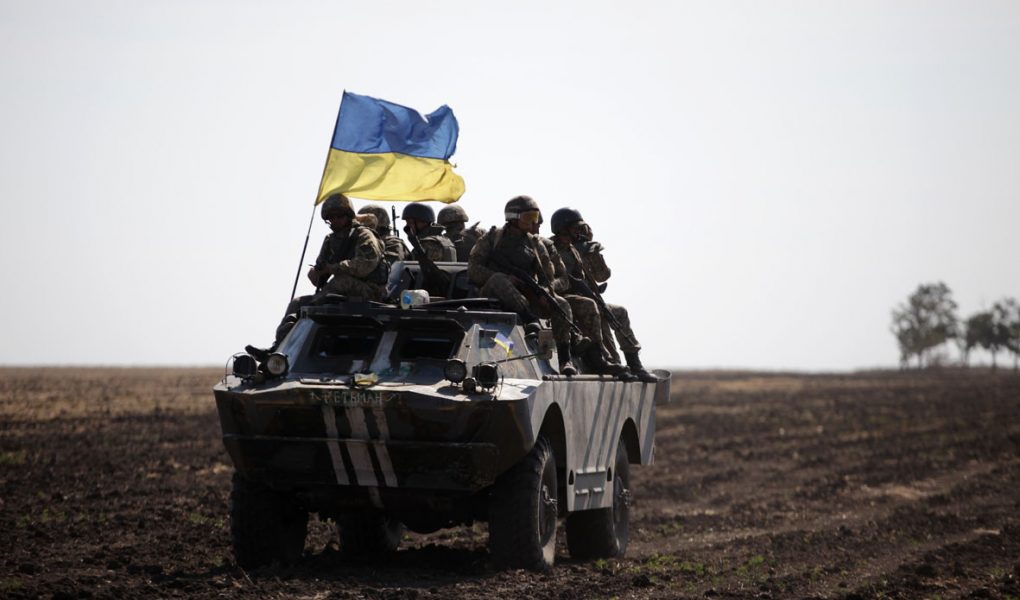 The US military announced last week that it would take 300,000 American 155-millimeter artillery shells from a weapons stockpile in Israel and transfer them to the Ukrainian military. While not overly enthusiastic about the movement of the ammunition, Israel Defense Forces officials said the rounds were US-owned and that how they were used was “American business.”

Israel, which has maintained reasonably good relations with Russia, has nonetheless condemned the Ukraine invasion and provided humanitarian aid, but appears unwilling to support the Ukrainian military directly. This weapons transfer is a step in the right direction.

It may have come as a surprise to many Americans that the US has a substantial amount of combat material and equipment forward-deployed in Israel. But to those of us deeply involved in US-Israeli military relations, it seemed only a matter of time before the Pentagon withdrew some resources to aid the embattled Ukrainians.

I was in charge of those stockpiles when I was commander of US European Command a decade ago. At that time, all US-Israel military relations were the responsibility of the four-star officer based in Stuttgart, Germany (it has since shifted to US Central Command in Tampa, Florida, a better arrangement and one I advocated). I toured the stockpiles on several occasions, and they are impressive, extensive and well maintained – ready for combat.

Officially known as the War Reserve Stockpile Ammunition–Israel, or WRSA-I, the cache was established in the 1980s as an insurance policy for Israel in case of another massive Arab (or perhaps Iranian) ground attack. Maintaining it has been essentially codified in US law as part of a congressional mandate to ensure a “qualitative military edge” for Israel vis-a-vis potential opponents in the Middle East.

The weapons, worth more than $1 billion, are paid for by the US, but the IDF is responsible for storing them and taking on facilities and maintenance costs. It is an arrangement that benefits both countries. Israel has tapped into the stockpiles (by paying for and withdrawing the weapons) at least twice, in 2006 and 2014, during the Lebanon and Gaza conflicts, respectively.

The current stockpile is full of so-called dumb munitions (those without sophisticated guidance systems), such as the 155-mm rounds and thousands of “iron bombs” that are simply dropped from aircraft so gravity can do its work. One reason Israel is comfortable with withdrawing the 155-mm rounds is that this will free up space for precision-guided munitions, which is about all the Israeli air force uses.

In other words, this is a win-win-win situation: The Ukrainians get much-needed but unsophisticated munitions for the brute-force war they are fighting; the US provides real combat power to Kyiv; and the Israelis have an opportunity to rebuild the stockpile in a manner better tailored to the exigencies of 21st century war.

This is particularly timely as the Abraham Accords — which normalized relations between Israel, the United Arab Emirates and some other Islamic nations — continue to gain traction. Israel is cooperating militarily with the Arab states in missile defense, sophisticated early detection and warning systems, sharing of intelligence and cybersecurity. The Arabs will not object to a refurbished WSRA-I with the tools needed to deter and, if necessary, defeat Iran. What would a new version of the stockpile look like?

This modernization should be done with an eye to potentially including Arab partners capable of participating alongside US and Israeli forces. Some of the stockpile costs could even be undertaken by the Arab states, in return for guaranteed access in the event of a major conflict with Iran.

Preparing intelligently for war is a good way to prevent the need for actually fighting one. Replenishing the war reserve in Israel will help deter Iranian adventurism, tamp down options for mischief by Hezbollah and keep Syrian forces away from the Israeli border. And of course, providing older ammunition to the Ukrainians is good for democracy everywhere.